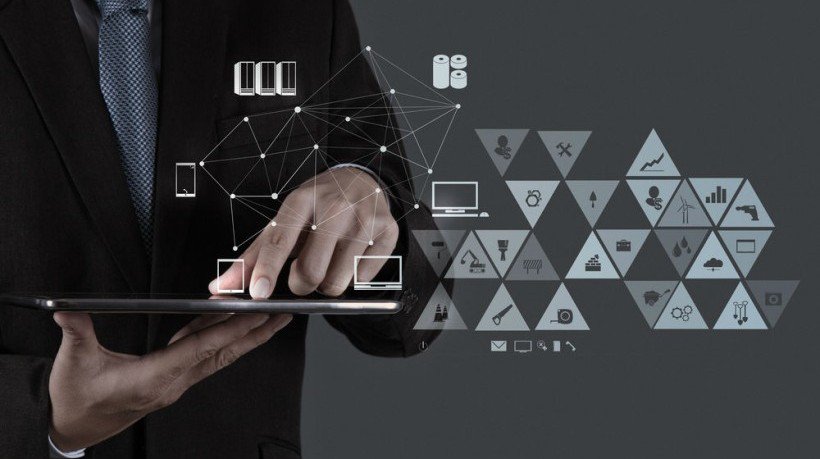 This chapter provides a review of used literature to help in understanding the key idea of this research. Ideas of different authors can show the relevance of this study and indicate the need for researches in this area.

VTMS is a system that allows the user to observe vessel movement. According to TRANSAS (2014), this system operates with information obtained by various systems of sensors, for example, radars, CCTV, AIS, or any systems of electronic object detection. VTMS was created to improve the efficiency and safety of navigation, protect the life at sea, increase the performance of port services, and save the marine environment.

The first demonstration took place in 1946, in Liverpool. The development of harbor controlled radar started with the system established at Victoria Pier in 1948, on the Isle of Man.

As marine industry developed, issues of marine navigation and safety became the most important topics among experts. During a few decades, new systems and methods of improving safety were tested and implemented. Some systems can be classified as identification systems, radio-communications, chart systems, and navigation rules. (Goralski, Ray & Gold, 2011).

According to Goralski et al. (2011), Electronic Chart Display Information Systems (ECDIS), automatic identification system (AIS), and vessel traffic control and management (VTMS), as well as radars are the most recent solutions in this area. Data from various sources, such as AIS, radar, and GPS are combined to obtain necessary information which allows improving the monitoring of vessel traffic and provides a more precise estimation of navigation characteristics.

Most developed countries use complicated versions of VTMS. An example of successful application of the VTMS system is the Port of London. It’s one of the biggest and busiest ports in the United Kingdom, which uses a special, advanced VTMS. Data from various sources is collected along with data from radars, and processed with sophisticated computer systems.

Goralski, Ray, & Gold (2011) note that researchers from all over the world have presented various theories aimed to increase the development of monitoring systems. The reason for such studies is the need for decreasing the number of accidents, as well as their danger. Such systems are able to control situations that need real-time solutions, in challenging conditions.

The first three-dimensional prototype in the world was demonstrated in 2007, in Brazil. Dr. Rafal Goralski and his team led the research. It made it possible to get a three-dimensional tool of traffic visualization in real-time, by processing data from various sensors around a port (Goralski, Ray, & Gold, 2011).

This new interface was developed and tested in the Port of Milford Haven. The control and navigation observing are available in real-time. It’s the first commercial operation of a three-dimensional VTS.

Other companies that offer 3D monitoring solutions for traffic are Transas Marine Limited, and GeoVS Limited. Being a pioneer of navigation systems, Transas managed to present its #D monitoring system in 2008 (TRANSAS, 2011).

In Sri Lanka, the first domestic administration system was created as a result of investigation provided by the School of Computing of the University of Colombo. This system includes both two-dimensional and three-dimensional views. The latter was established August 5th 2013, at the Colombo-South harbor (UCSC, 2014).

The Need for Improved Systems

All the commercial systems of three-dimensional management systems mentioned above are extremely expensive, there is the need for novel solutions. The modeling and simulation group of the University of Colombo created their first administration system for vessel movement. According to Sandaruwan, et al. (2013), this solution was created with the use of free and open source structures. However, the existing solution has certain limitations. For example, movements of ships can be observed in real-time, but the path of a particular ship isn’t continuous.

Goldman (2011) states that the VTMS can be improved by enhancing the use of identification systems. AIS can provide more data about a position of each vessel. Upgrading the VTMS, the vessel resilience can be continued.

Popovich, Christophe, Vasily, Cyril, Tianzhen, & Dmitry (2009) carried a research that revealed other important issues. They considered completeness of moving, operability, positioning, and accuracy. Finally, they managed to distinguish the most important problem about VTMS. Sometimes estimated location differs from the actual location, and it’s really important for the system to avoid such situations.

The Safety of Life at Sea Convention (SOLAS) defines AIS as an automatic system that works on vessels and helps distinguish and find ships by trading information with other vessels, satellites, and AIS base stations.

Goldman (2011) states that the VTMS can be improved by enhancing the use of identification systems. AIS can provide more data about a position of each vessel. Upgrading the VTMS, the vessel resilience can be continued.

Information is naturally transmitted at regular intervals. Transponders transmit it through an incorporated VHF radio. GPS provides data on the position and speed. When AIS transponder is installed on the vessel, it also provides other information (Weatherdock, 2014).

Signals of the AIS are received by nearby vessels or shore-based facilities. Based on this information, ships are displayed on two-dimensional charts, which helps observe activities of the ships. Thus, coastal states and ships are able to recognize ships (Weatherdock, n.d.). In Sri Lanka, there are receivers of such a type at Mirissa and Colombo. All the ships are depicted as arrowheads.

States of dynamic systems must be estimated sequentially, getting rid of noises. According to Orlande et al. (2012), information is measured along with learning the features of the phenomena. Errors must be minimized.

Estimation helps find positions of an aircraft. Positions may also be located by altimeter and GPS systems. Such measurements may be inaccurate. State estimation combines GPS measurements with the model predictions, making it possible to obtain more accurate data on the position. All the measurements are available while the ship is moving, so this idea may be researched. If measurements are missing, estimations of locations still can be made.

In 1960, Rudolf E. Kalman developed his linear quadratic estimation, also known as the Kalman Filter. The same algorithm was presented by Peter Swerling in 1958. The Kalman-Bucy filter was named after Richard S. Busy of the University of Southern California, who developed this theory.

According to Madhumitha & Aich (2010), Kalman Filter corrects obtained values which are inaccurate and produces new values which are closer to true figures. Such a filter is commonly used in space and military operations. It’s based on the estimation of the calculated and true values, taking into account a weighted average of measured and estimated parameters.

Freeston (2002) described the implementation of the Kalman Filter for robot localization. This term means the method that allows a robot to locate its own position. There are orientation, x and y parameters of the position available. A state vector represents the information; kinetic data, angle measurements, and beacon distance are used by a robot to determine its position. Such data includes some errors. Thus, measurements should be incorporated into estimates, and this task is solved by the Kalman Filter. The filter identifies data that have the least effect on estimations, as well as noises. The Kalman Filter also adds more information from the trustworthy section and smooths out the effects of noise. The user can specify the value of the error, so that the Kalman Filter could consider the system and the noise.

The Kalman Filter combines such data as kinetic information and vision measurements, and updates when the robot is moving. It also displays how accurate estimation is, with a variable vector.

The Kalman Filter became a quite useful technology, though having weak points regarding Gaussian noise and linearity. According to Orlande et al. (2012), it provides unsatisfying results in real conditions, and the solution is provided by Particle Filter.

The method of Particle Filter was developed in Monte Carlo. It obtains the results of state estimation. These filtering methods are quite useful if a situation is non-Gaussian or non-linear. This filter is also known as survival of the fittest, bootstrap filter, interacting particle approximations, and condensation algorithm.

Karlsson (2005) notes that the Particle Filter can be adapted to various tracking applications and different positions. It’s based on a Gaussian noise assumption and a linear model. Estimating positions of equipment that works underwater, the improved method is used. Information is collected from sea charts, surface direction finding systems, and sonar sensors. Data obtained from maps helps improve the performance of estimation, using Bayesian methods.

This situation is somewhat similar to ideas of Ceranka & Niedzwiecki (2003). A navigation system is based on GPS and other sources, and it uses the Particle Filter. Usually, GPS provides accurate data, but some obstacles, such as bridges, trees, and buildings may affect the results. This fact may cause many serious errors or even the complete loss of GPS signals. The Particle Filter helps estimate missing locations and compares this data with the digital map.

This chapter presents results of various researches carried out by different experts. It mentions the common problems with vessel traffic management systems and reflects the history of such systems. The chapter provides solutions to improve these systems and provides facts about the AIS data. The state estimation problem is considered taking into account solutions provided by the Kalman Filter and its theoretical background. The Particle Filter is presented as a better solution for situations where the Kalman Filter cannot be used.
« Previous Article
Next Article »